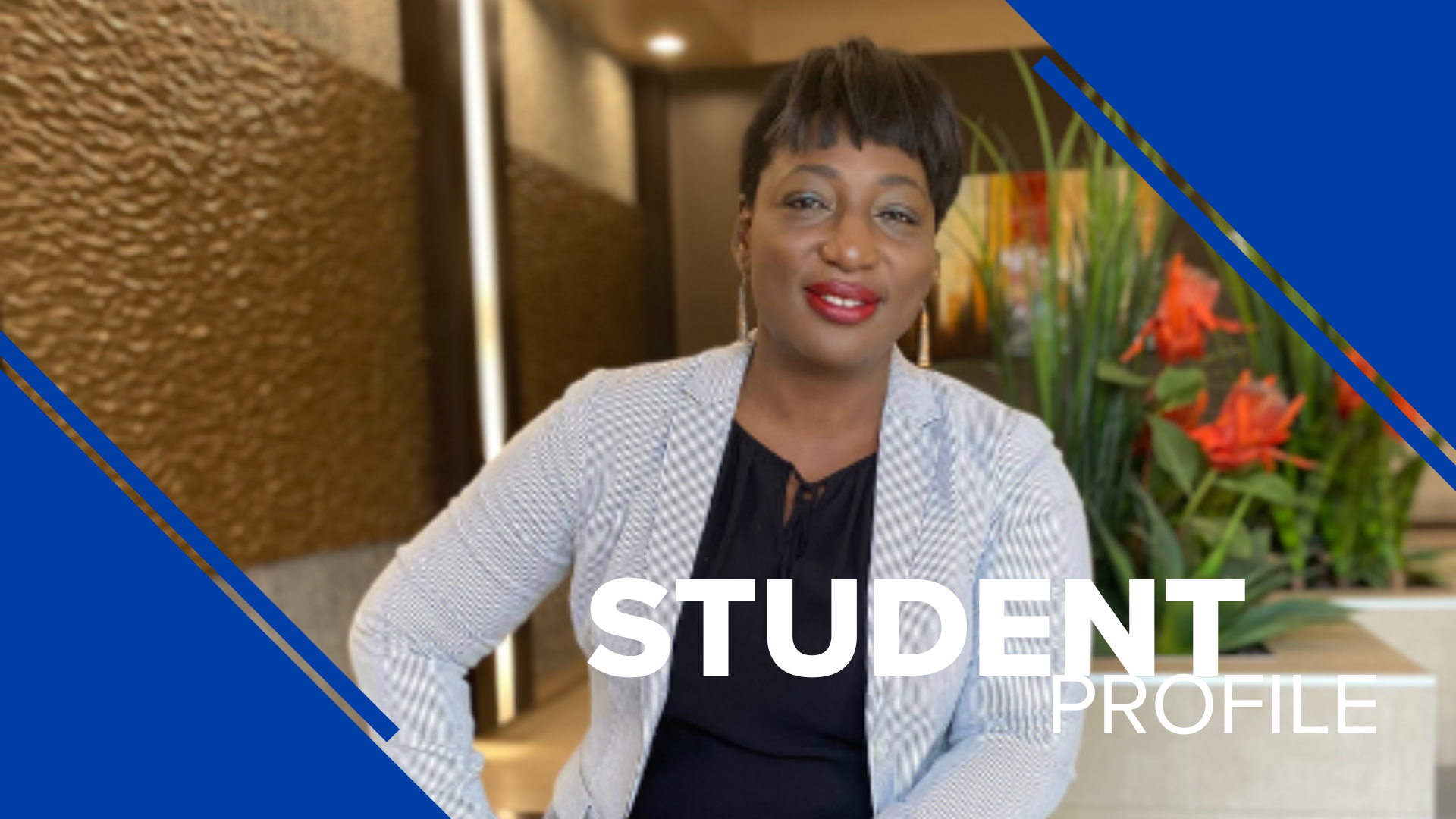 When we say that Willis College is a family, we truly mean it. Last week, Willis College team member Wafa H., a former admissions rep at the college, reached out to one of ‘her’ students, a woman named Lucy Agba. Wafa had helped Lucy enroll in our Executive Business Administration program and wanted to know how it was going.

Well, the two women got to talking and soon, we interviewed Lucy for the blog so that she can talk about Wafa’s help, the amazing program that she conquered, and her NEW job and career!

Okay, Lucy, let’s start with your program. You took Executive Business Administration with Willis College. Why did you choose that program?

I chose to try my hands at business because I want a viable lifestyle. I wanted something that will impact me professionally. I am someone who would like to own my own business as I contribute to someone else’s business. So, I felt Executive Business Administration was versatile. So I decided to give it a shot because you don’t want to go learn a trade that limits you. You want something that gives you versatility.

That sounds completely logical! Why did you choose to do the program with Willis College and not another school?

Well, originally I was thinking about a program in addictions and mental health. And most other schools were not ready for learning exclusively online. They were willing to do it online as long as COVID would permit. And then much into this year, I will be required to come to campus which was a long way away from my home (some were like five hours away). So it just wouldn’t work for me.

But Willis College was pretty proactive. I showed them my request and someone called me pretty fast and we started a conversation. I think again, the person I spoke with made it a lot easier. (That was Wafa. She’s an amazing person!)

Wafa was pleasant and she made me actually fueled up. So even when other people were reaching out to me, I had gone a step further with Wafa. So I think it was more relationship based for me. However, I equally found Willis College an interesting place. They’re very supportive. I don’t know if I would’ve gotten the amount of support I got with Willis College somewhere else. So by and large, it was because of Wafa, and now they both just made it happen well for me.

Just to clarify for our readers, you took your program completely online right?

Yeah, it was online. I had the option of doing hybrid, but I chose online because, again, I wasn’t sure. While I was applying for this, we kept going back and forth on lockdown. So because I wasn’t sure what was lying ahead of me, it just made sense to stay online.

And online has its benefit, because, of course, you don’t go late to school, you know your timing, you hop into class, and you do your stuff. So it was pretty good.

It has been a beautiful experience. I’ll be graduating next week. My final exam comes next week. Everybody has been pretty supportive. The lecturers’ are supportive, and the school community is supportive.

Was it an easy ride all the way or did you struggle? You seem so confident!

NO! The numbers and the accounting were hard in my program. Gail is an amazing woman. She was reaching out to me for practicum information four months or five months into my program. She was like, “We got to start working on your practicum and all that.” And I told her, “Look, you don’t talk to me about practicum. I’m probably not going to graduate. I don’t want to do this anymore.” And she gave me a call. We spoke for almost an hour. I explained my frustration and she connected me to a couple of other people I spoke with. And it was interesting. I was at a point where I was ready to throw in the towel and I really didn’t care. Look, whatever it was going to be, I was on OSAP, it really didn’t matter, look, whatever, because my mental health for me was important. But I think I was drowning. However, I got all the support I needed.

I was encouraged to fight again because I dropped my weaponry. I wasn’t ready to give anything a shot regarding the course. So I was at a point where I was given all the support like, “You know you can do this. You can do this.” And I started believing in myself again.

And here I am, one week more to go. It’s intense. When I say intense, I mean intense. And I’m stressing it for anybody who’s going to come on the program. It is intense. You got to put your boots on and be ready to give it a fight. But in the end, it is worth it. It’s very worth it.

Who do you think would be right for this program? Someone who is willing to work hard obviously but what else?

This program is best suited for anybody, first, who is adventurous. You got to open your mind and be willing to do things.

How is your job search going? What sort of roles are you finding? Anything that interests you?

I had one interview on Wednesday, and this organization is here in Ontario, but not in Ottawa. So it’s going to be an online position. And it looks interesting. It’s going to be digital marketing because it’s client acquisition and lead generation. So it’s pretty interesting for me. I like doing things that are people-oriented. So I’m looking forward to that. And I hope I deliver on whatever expectations are expected of me.

You mentioned wanting to start a business in the future. What would that look like?

Oh, interesting. I’m passionate about having a coaching business and putting out books, putting out content. I have an organization that I’ve registered as Speak Out Global. I talk to people about behavioural change because I believe that to succeed in any aspect of life, you need the right behaviour. You need the right set of mind.

When I first started at Willis I was a shy, self-conscious girl… but Willis changed all that! My time at Willis was knowledgeable, fun and most importantly self-rewarding. The PSW program was amazing. I learned so much. All of the staff are absolutely awesome; they looked at you as a person and not just a number filling up a seat.
Rachel Goyer
Personal Support Worker Program